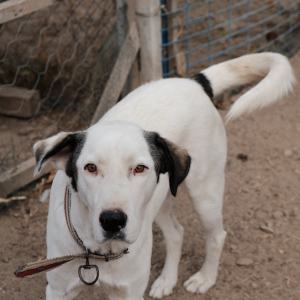 What we call a language model is a model that has been trained to guess what the next word in a text is (having read the ones before). This kind of task is called self-supervised learning: we do not need to give labels to our model, just feed it lots and lots of texts. It has a process to automatically get labels from the data, and this task isn't trivial: to properly guess the next word in a sentence, the model will have to develop an understanding of the English (or other) language. Self-supervised learning can also be used in other domains; for instance, see "Self-Supervised Learning and Computer Vision" for an introduction to vision applications. Self-supervised learning is not usually used for the model that is trained directly, but instead is used for pretraining a model used for transfer learning.

jargon:Self-supervised learning: Training a model using labels that are embedded in the independent variable, rather than requiring external labels. For instance, training a model to predict the next word in a text.

The language model we used in <

Even if our language model knows the basics of the language we are using in the task (e.g., our pretrained model is in English), it helps to get used to the style of the corpus we are targeting. It may be more informal language, or more technical, with new words to learn or different ways of composing sentences. In the case of the IMDb dataset, there will be lots of names of movie directors and actors, and often a less formal style of language than that seen in Wikipedia.

We already saw that with fastai, we can download a pretrained English language model and use it to get state-of-the-art results for NLP classification. (We expect pretrained models in many more languages to be available soon—they might well be available by the time you are reading this book, in fact.) So, why are we learning how to train a language model in detail?

One reason, of course, is that it is helpful to understand the foundations of the models that you are using. But there is another very practical reason, which is that you get even better results if you fine-tune the (sequence-based) language model prior to fine-tuning the classification model. For instance, for the IMDb sentiment analysis task, the dataset includes 50,000 additional movie reviews that do not have any positive or negative labels attached. Since there are 25,000 labeled reviews in the training set and 25,000 in the validation set, that makes 100,000 movie reviews altogether. We can use all of these reviews to fine-tune the pretrained language model, which was trained only on Wikipedia articles; this will result in a language model that is particularly good at predicting the next word of a movie review.

This is known as the Universal Language Model Fine-tuning (ULMFit) approach. The paper showed that this extra stage of fine-tuning of the language model, prior to transfer learning to a classification task, resulted in significantly better predictions. Using this approach, we have three stages for transfer learning in NLP, as summarized in <

We'll now explore how to apply a neural network to this language modeling problem, using the concepts introduced in the last two chapters. But before reading further, pause and think about how you would approach this.

It's not at all obvious how we're going to use what we've learned so far to build a language model. Sentences can be different lengths, and documents can be very long. So, how can we predict the next word of a sentence using a neural network? Let's find out!

Our vocab will consist of a mix of common words that are already in the vocabulary of our pretrained model and new words specific to our corpus (cinematographic terms or actors names, for instance). Our embedding matrix will be built accordingly: for words that are in the vocabulary of our pretrained model, we will take the corresponding row in the embedding matrix of the pretrained model; but for new words we won't have anything, so we will just initialize the corresponding row with a random vector.

Each of the steps necessary to create a language model has jargon associated with it from the world of natural language processing, and fastai and PyTorch classes available to help. The steps are: